I missed out on the Heathkit heyday, those times in the 1960s and 70s when building your own HF radio was the defacto way to get on the air. So when I upgraded to a General class amateur license in January, I decided I wanted to build my own radio.

Part of my motivation was to really understand how a radio works, instead of just turning knobs and pushing buttons on an appliance. Originally, I planned to follow the suggestions in Doug Hendricks’s “So You Want To Be A Builder, Huh?” course and follow along with Elmer 101 to build a SW-40+. But I missed out on the chance to pick one up before Small Wonder Labs went out of business.

I thought about getting a Cyclone 40 from the Four State QRP Group, but aside from the Yahoo discussion group, there’s not much documentation on how that particular radio works. The K1 from Elecraft got some consideration, since it’s got great documentation, but the $300 USD price tag was a bit out of my budget.

When I heard Bob Dyer was stopping production on Wilderness Radio kits, I decided I didn’t want to miss out. So I picked up a NorCal 40A, complete with all the bells and whistles e.g. a KC1 Frequency Counter and BuzzNot Noise Blanker. As it turns out, another perk of the NorCal 40A is that there’s a book about it! The Electronics of Radio is a college text book that walks you through a step-by-step construction and testing process, explaining how and why each part of the radio works.

Inspired by Dave Richards’s photography, I’m going to document my build of the NorCal 40A. To kick things off, here’s an overview of the bare circuit board sitting in the lower half of its case. 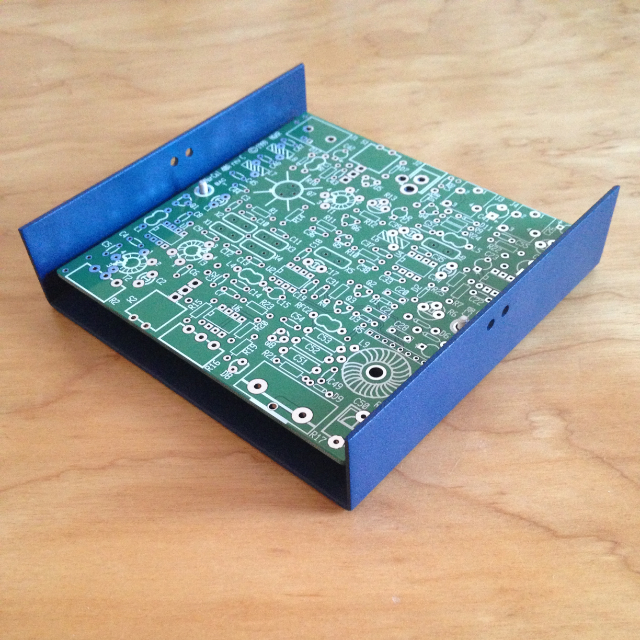 I ended up screwing the stand offs in and balancing the board on them, since I thought the bare circuit board looked pretty boring by itself. No doubt it’ll get more exciting once I get a few components on it. 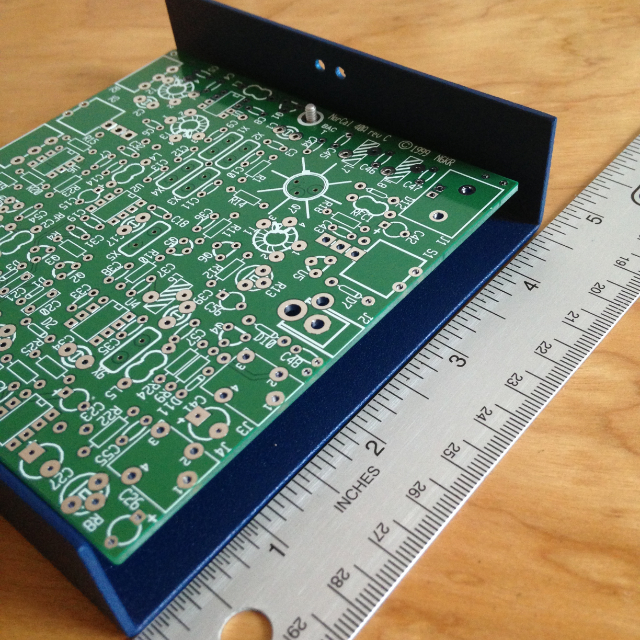 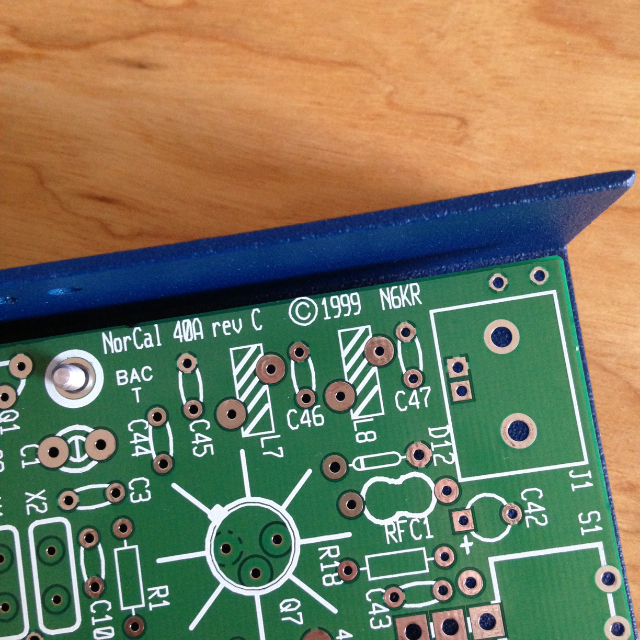 The NorCal 40A was designed by Wayne Burdick, N6KR, for the Northern California QRP Club. My board is revision C, from 1999. While the manual lists the differences between the A and B revisions, it doesn’t tell me what’s different between the B and C revisions. I’m not going to worry though, since the component placement drawing in Appendix B shows the same “rev C” text that appears on my board.

Where we go from here

This is the first part in a multi-part series about building the NorCal 40A transceiver. Links to the other parts are below.

For the curious, photos where taken with an iPhone 5, cropped and resized with Acorn, and compressed with ImageOptim. Dave Richards, AA7EE has a nice article about taking good pictures of projects.