Notes from my English 258 class, Literature of the Western Civilization. Personal stuff full of misspellings. Note to self: see if we can integrate the Apple spell checker (like Mail has) into my notes. Maybe switch to a different editor? 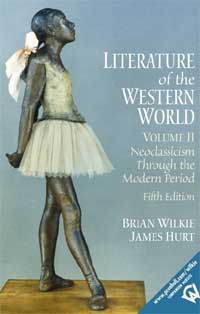 Side note: We went off on a tangent here about presidential debates, blinking, and how to tell when a person’s nervous.